Well I won’t say it was a good day but it wasn’t all bad. Made some route mistakes that cost me a lot of time. When I Left Perth I decided to take the TransCanada trail, it’s more of an ATV trail so after about 27 kms and an average speed of 13km/hr I got back on the road.

Stopped at this little convenient store to grab some meat and cheese to go with my bread for lunch. Walked in and it smelled so good, it was a bakery too and she just made fresh cinnamon buns. I had to get one, it was still warm when I ate it. went back to the park I just passed to have my lunch. A whole preschool class was selling lemonade, so I wanted to get a cup, it actually tasted pretty good I think the teachers made it. The kids were pretty darn cute, after I bought and was drinking the cup of lemonade a little boy told me,”We’re selling lemonade!” Lol

Something a little neat, my sandwich meat was the exact size of my Nan bread perfect sandwich.

Headed down to Heartland to see the longest covered bridge. It’s only a one lane bridge but you can still drive across it, I didn’t, wasn’t even sure if bikes were allowed. 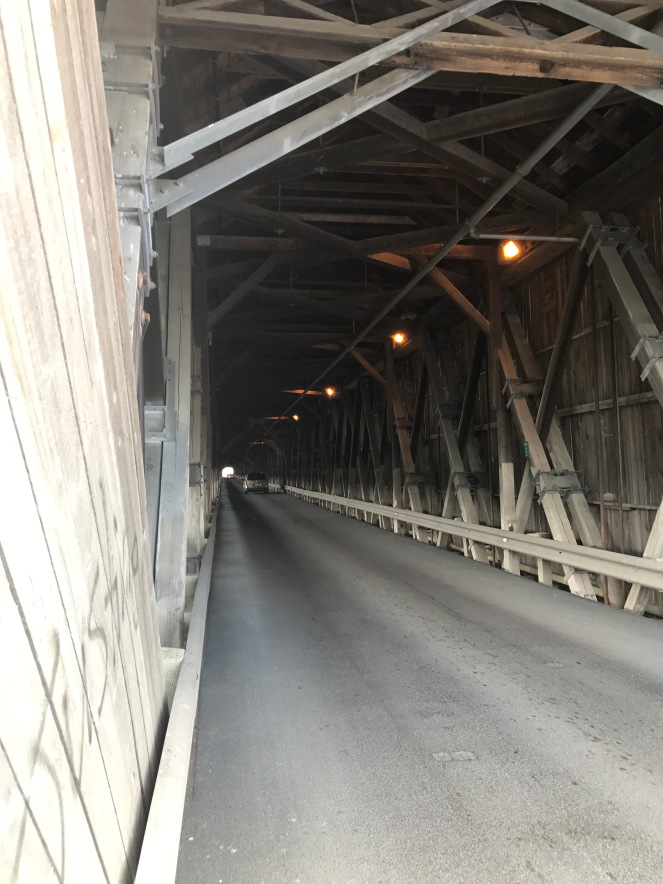 This route I would call the graveyard route I saw so many graveyards today but there was one that I just had to stop and take this picture. Too funny, guess they got a few empty plots. Lol

Then my day got long, I should have stayed on the 105 highway I was on but there was a “shorter” route to the Provincial Park on my google maps- so I decided to take it. Mistake. Don’t even know if it was shorter in the end but what I do know is there were so many hills. Short steep ones, long gradual ones, long steep ones, just too many hills. They slow me down so much I starting to worry about daylight. I ran out of water with 10km to go but got into some construction and was talking to the flaggers and he says “Do you got any water ?” I said ” no I just ran out” so he grab me a couple of cold bottles, awesome !! I did get into the provincial camp around 8:15. I Had time to set up the tent and as I was heading to the showers and it was getting dark. 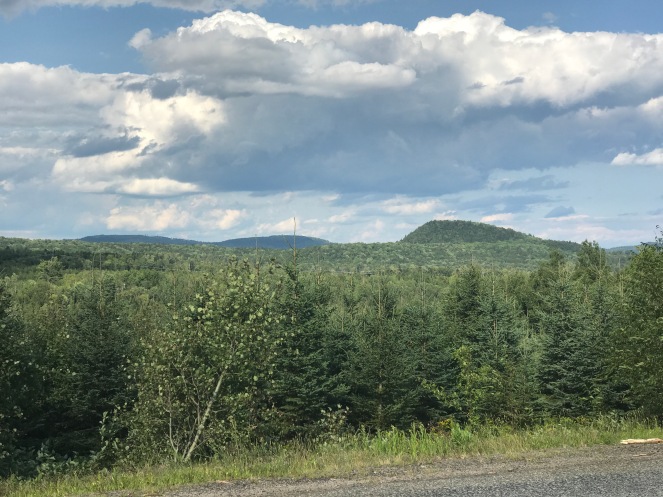 The first part of the road was like the logging road, a paved logging road. Very little traffic and kind a isolated, saw my first moose. And coming into the campground saw a couple of whitetail does with their fawns. 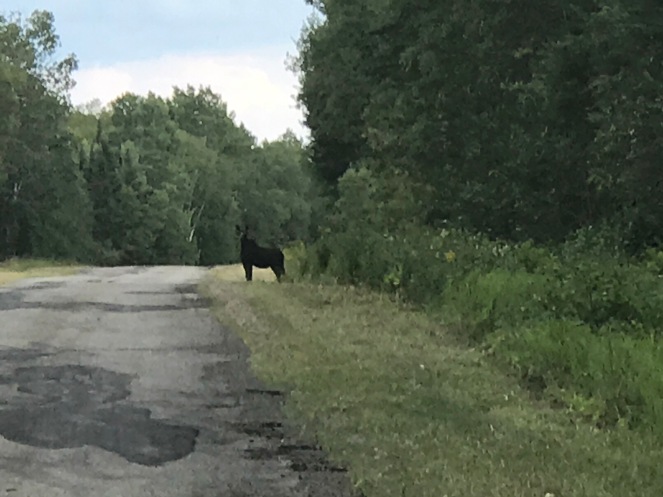 Long day, over 8 hours on the bike – dinner in the tent, finish this blog then to sleep.
Nite