Good day, a little cloudy, not hot and the wind at my back!!!! 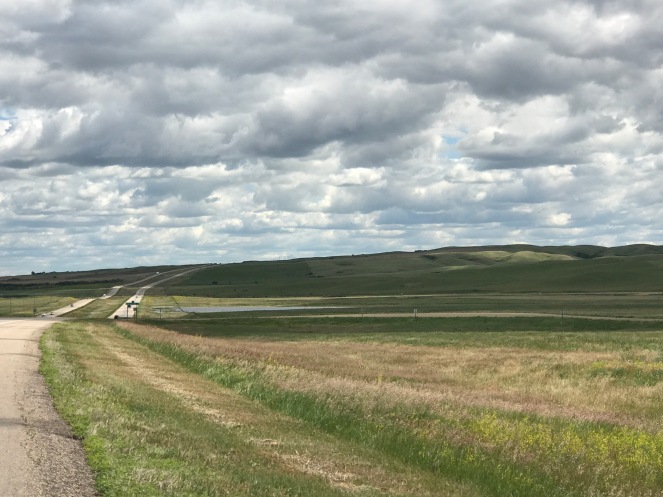 Started late, didn’t leave the hotel to check out. Slept in, took my time & I Had to change another flat, one yesterday too, but this morning one was my own fault, didn’t have the tube all the way in the tire at the valve stem. So good thing I carry two tubes, I’ll need to pick up a couple tomorrow in Moose Jaw.

So first pee break of the day was bad planning on my part, bunch of trees (yippee in Sask.) drop the bike & bee line, (cause I was waiting for trees) into the bush, ouch, there’s thorns 2-3″ long, everywhere, but turn & drop pants anyway. I may have pierced a part of my body that make my Instagram name BikerAnnie more hardcore. Lol
Second pee was behind two hay bales, no thorns but the guys from the far lane may got a bit of a view. 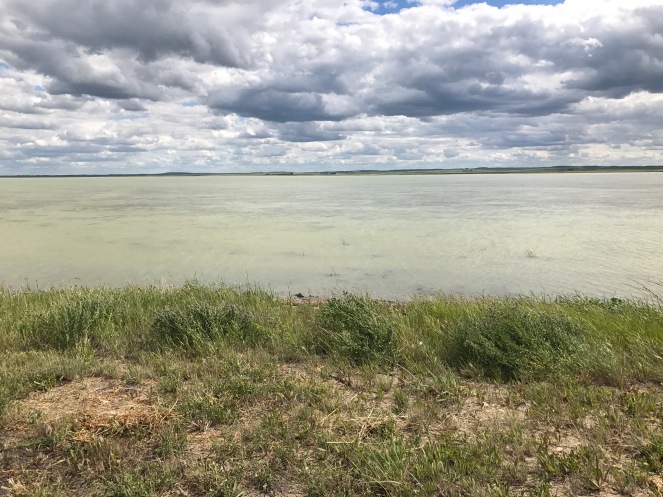 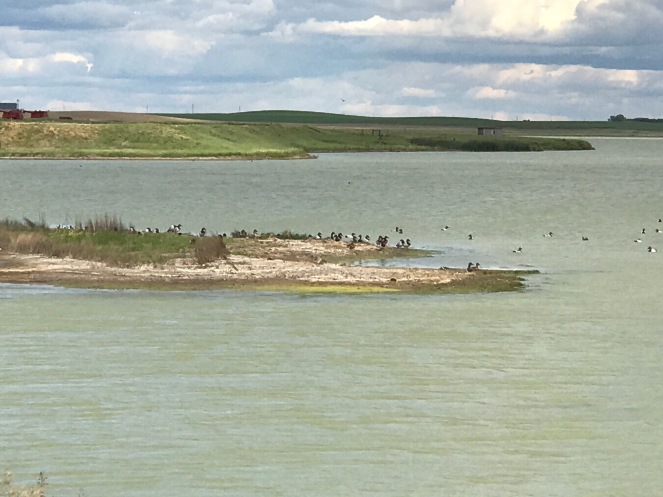 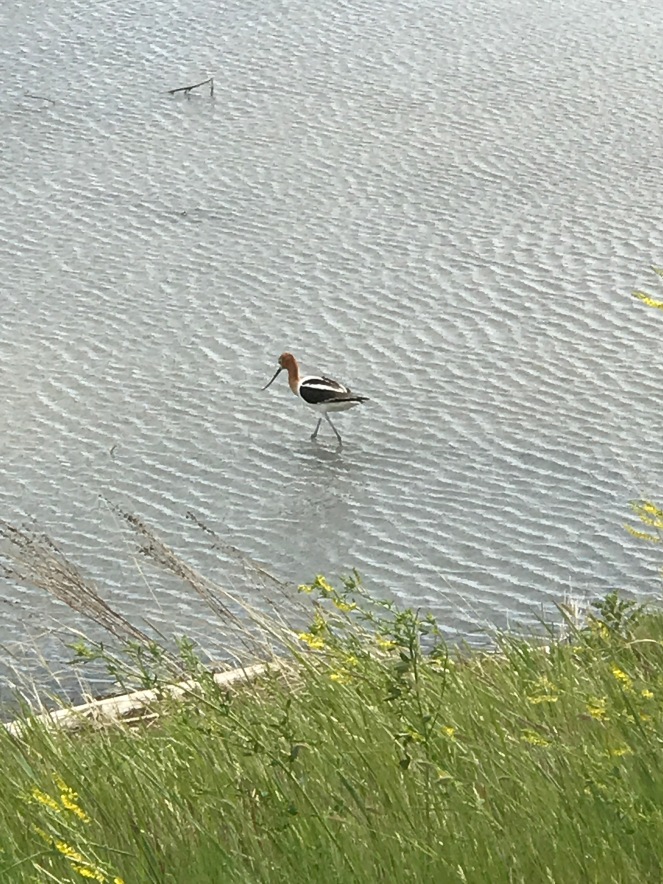 This is Reed Lake just out of Herbert a very cloudy green lake.

So I go into a little town called Herbert today, the museum serves a Mennonite lunch (Faspa).So I’m having my lunch, looking at my Facebook. One of comments is from a family friend Fay Harder telling me that I should be at Herbert soon where her husband Dick grew up. So the young man that works at the Museum tells me The pharmacy is owned by a Harder. The owner Mr. Harder not there but the The ladies at the pharmacy said “well it’s not the same Harder” (they would know, lol) must be Elma’s brother from Dawson Creek, so they phone her, (Small Towns) they find out she’s having coffee at the museum where I just had my lunch ( I had seen her) so I head back to say Hi not only is she sitting there she’s with her sister Martha. So I get a picture for Fay with Dick’s two sisters. Lol Small World 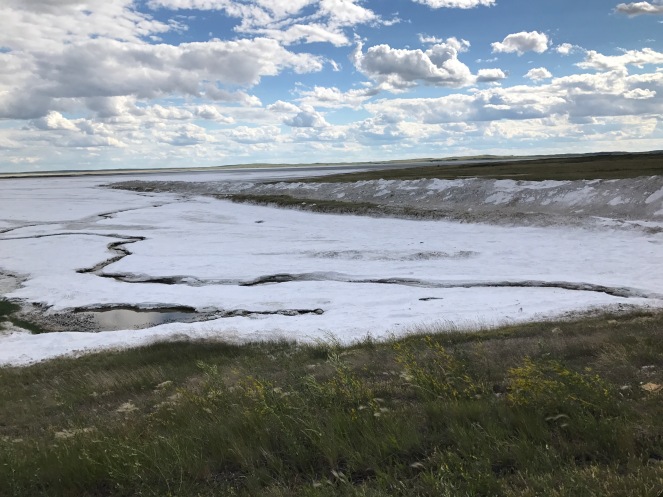 Salt of the earth at Chaplin

Settled into a campground at Chaplin then went for a walk, got some Chicken Chop Suey, restaurant had just closed (only food in town), the lady at gas station said make a run for it, So ran over & knocked on the window and they cooked me up some take out. Could had one of dehydrated meals but I was craving veggies. 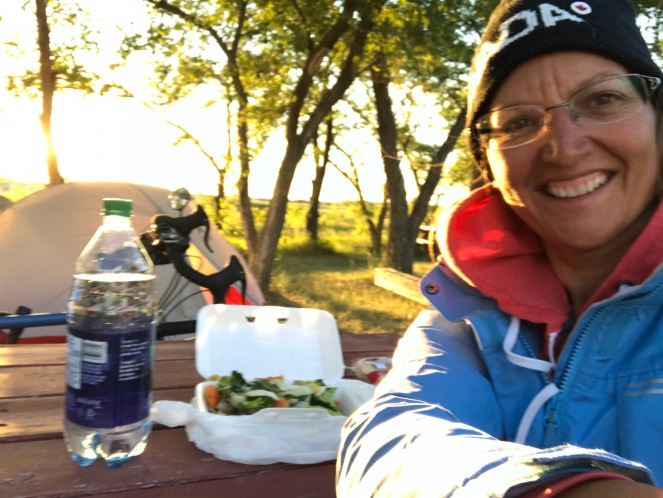 Off to Moose Jaw tomorrow, might see what the Spa is all about. Ok it’s a Spa date – just read my fortune cookie. 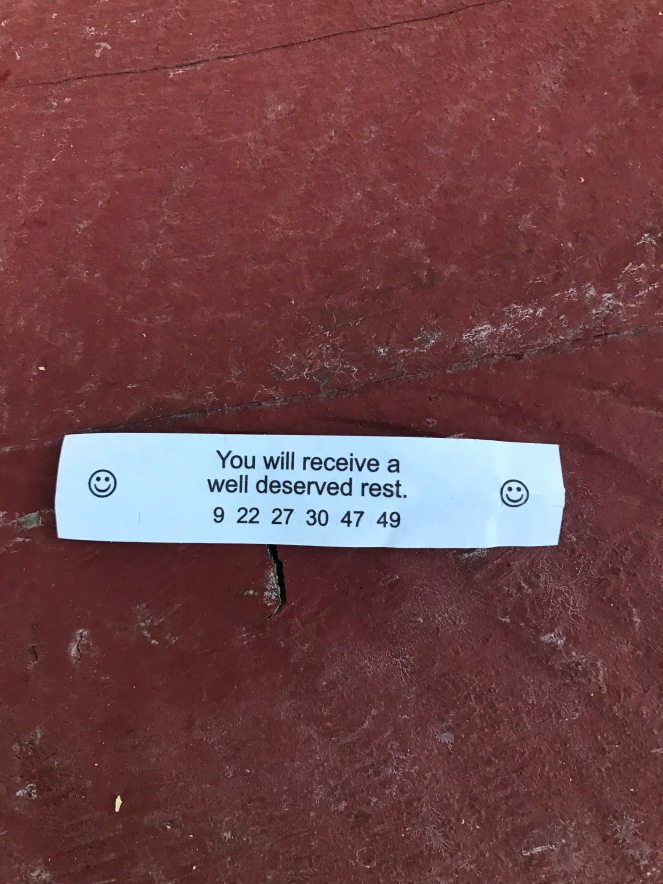 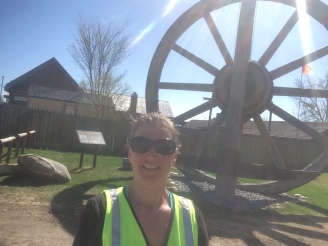 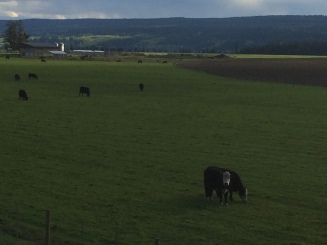